HMRC don’t issue winding up petitions lightly so it must mean that you have gone through various stages of Debt management before your file gets to the office of HMRC that will issue the winding up petition. There are only two offices of HMRC in England & Wales that can issue a winding up petition and they are Worthing Office in West Sussex and Cardiff office in South Wales. In Scotland and Northern Ireland, everything is sent by an HMRC office in Edinburgh. So, if you are receiving letters or phone calls from Worthing, Cardiff or Edinburgh offices of HMRC you are in a serious situation.

For Companies, we deal with either a “Warning of Winding Up Action” letter from the Late Stage Debt Resolution team or a letter from the Worthing, Cardiff or Edinburgh offices stating that “if you do not make payment, in full, within 7 days of the date of this letter I will instruct the solicitor of HMRC to present a petition to the High Court to wind up the company” or if you have actually received a winding up petition from the High Court of Justice.

For individuals, you are going to get similar letters from Edinburgh, Worthing (although this is now ending) or Long Benton in Newcastle. Similar processes happen and again, we can help.
All HMRC English and Welsh winding up hearings are always held on Wednesdays at the High Court in Fetter Lane, London and normally happen around 6 weeks from the date of the initial petition being issued.

If you receive a “Warning of Winding Up Action” letter from an office of HMRC other than Edinburgh, Worthing or Cardiff, then you are not in such a serious situation and have a bit more time but nevertheless you probably still need our help.

Even when HMRC are involved in the insolvency, we can help, as it is very common for HMRC to notify Companies or individuals experiencing an insolvency event of amounts owed to HMRC. These figures often bear little relationship to the true debt.

Many of our staff have spent a long time working for HMRC and have experience of these debts and are aware that they are almost always far too high. Yet, very few cases are ever challenged.
The government decided that self-assessment and the internet age, would enable them to vastly reduce staff numbers by placing the onus on the individual or company to file via the internet. When necessary HMRC comes up with a guess at what it is owed e.g. in an insolvency scenario. By definition, ‘the guess’ is going to be wrong, yet hardly anyone bothers to challenge it.

We have set up a business – Forensic Investigation and Taxation Services “FITS”, to address this obvious problem which is that most think they can do nothing about it.  We also offer similar assistance to those in the insolvency profession. It is important to note that but just because HMRC has proven for a claim, it does not mean nothing can be done.

We may need your help accessing records. Once we have these we can get to work. The insolvency professional involved is bound by their regulating body to consider all claims if a dividend is going to be paid. That means HMRC gets to vote what is typically an inflated estimated debt figure which often unduly influences the landscape of the insolvency. Far too often through no fault of their own Insolvency Professionals often do not have the either the requisite skills or the necessary funding allowing them to correctly review HMRC claims. Imagine is such help was available risk free on a results basis. It now is.

We also have more specialised areas of HMRC intervention work where we can assist: –

And for the professional specialised area of insolvency where we can help in the following areas to name a few; – 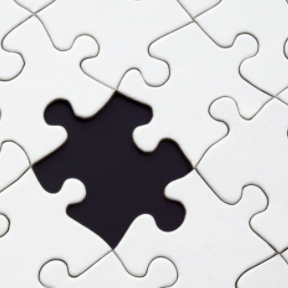